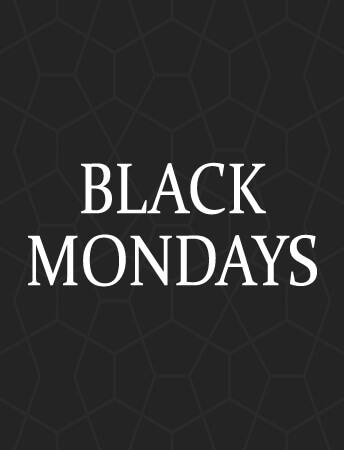 Wallstreet wizard's daughter kidnapped but instead of money ransom, the kidnapper provided $1 Billion to spend in a course of a single day to ruin the stock market in order to kick start global crisis. See Full Story

Stock market brokers around the world stand frozen before the opening bell sounds in New York, while the Goldman Sachs’s Chairman, LAWRENCE KANDINSKY, is murdered in his office by a mysterious KILLER who then uses Kandinsky’s computer to “liquidate all positions.”

Dr. JULIUS “JAY” BECKER, a fabled Wall Street wizard, sits in his jail cell reminiscing about times with his daughter, GRACIE and wife, RACHEL, when a guard informs him that he’s free to go. He goes to New York, meets his friend FRED WILSON and learns that Rachel and Gracie now live with his former lawyer who served him a restraining order. Julius spends an afternoon quaffing with his old friend TINY and the menacing GANG of FOUR. When the party becomes a night of guzzling he is seduced by Tiny’s bartender, IRINA GROMOVA.

Dr. RALF FARKAS approaches Julius with an offer he cannot refuse – Julius and Irina are guests at Dr. Farkas’ mansion the next day, where he presents a formal business offer to Julius: to chair the Global Investment Clubs Network. As he considers the offer, Julius uses Intelius People Search, but is unable to find Gracie and Rachel’s whereabouts. Irina gives him a private investigator – SHERRY LAKE’s – phone number and urges him to use her help. Julius calls Lake and later accepts Dr. Farkas’ offer.

Julius promotes the Investment Clubs Network, raises funds, and mingles with media and investors all over the world. Dr. Farkas spies on him, following his every step. While Julius is abroad, Kandinsky clandestinely meets with Dr. Farkas and his group, and funds Julius’s venture. Sherry Lake’s investigation hits a snag: she’s unable to find any trace of Julius’s daughter and wife, so Julius urges her to try harder.

Julius is back in New York where Dr. Farkas acquaints him with the real purpose of the Investment Club Networks: he is required to use investors’ money, while giving them fake statements. Julius refuses, but Dr. Farkas informs him that his wife is dying of cancer and offers help in finding his daughter. Julius reluctantly accepts.

As the two FBI agents, JACK HORTON – the man who put Julius in jail few years earlier – and RICHARD EDWARDS learn about Julius’s new business venture, SAMANTHA HOYT, an FBI special agent, tells Horton that his protégé has been killed. The victim is Sherry Lake, the private investigator, and the FBI begins investigating Julius’s business venture.

Julius tells Wilson, who, we now learn, is an ex-special op marine, that Dr. Farkas is using his wife and daughter to coerce him into illegal trading. He asks for help in finding Gracie and Rachel. While Julius trades for Dr. Farkas and his group, the FBI discovers that Kandinsky’s mistress in Moscow was Irina Gromova – Julius’s girlfriend. The investigation now goes worldwide and reveals Kandinsky’s involvement with the Russian mafia boss, VYACHESLAV IVANKOV. He is another of Irina’s lovers and funds terrorists. FED Chairman EUGENE CHAPMAN, a close friend of Goldman’s Chairman, gets entangled in the investigation and confronts Kandinsky about the true nature of his involvement. Through Irina, Kandinsky informs Dr. Farkas that he wants out.

Julius discovers that Gracie lives with his nemesis lawyer somewhere in Santa Monica, but is moved from one house to another every night. Julius learns that his wife has died, and Wilson also tells Julius about Irina’s betrayal. As the FBI investigation progresses, Julius flies to Malta to meet with Dr. Farkas and his group of arcane financial masters of the world. He learns that Dr. Farkas and his group want to crash the world’s stock markets.

Julius organizes Gracie’s rescue operation, and Dr. Farkas orders him to start crushing the markets at a precise moment tomorrow. The Killer murders Kandinsky the FBI combs his files. The ICN investigation reveals that the biggest account in every country where Julius has established an ICN club, belongs to well known terrorists. The FBI learns about Julius’s plans and connects the dots: on the day of the Kandinsky murder Dr. Farkas and Ivankov delivered $100,000,000.00 to the biggest arms dealer in the world, purchasing a nuclear bomb. Four known terrorists involved in the transaction book a flight to Washington D.C., scheduled to arrive half an hour after Julius’s stock market crushing actions are scheduled to begin. Chapman and the FBI inform the President of the U.S. and the Military about the imminent threat, and the decision is made to take the nuke out.

Wilson, Tiny, and the Gang of Four rescue Gracie, and Julius starts his financial counterattack on Dr. Farkas. He succeeds as well as the American attack on the terror camp does. Dr. Farkas uses the Killer to eliminate Irina and sends a last message to Killer’s phone. It contains only one photo: that of the President of the United States.