A dramatic story with a musical flare.

Movie Investor is a ground-breaking platform dedicated to bringing visions and ideas to the big screen. We welcome filmmakers to submit their projects and investors to browse our ever expanding library of movies. 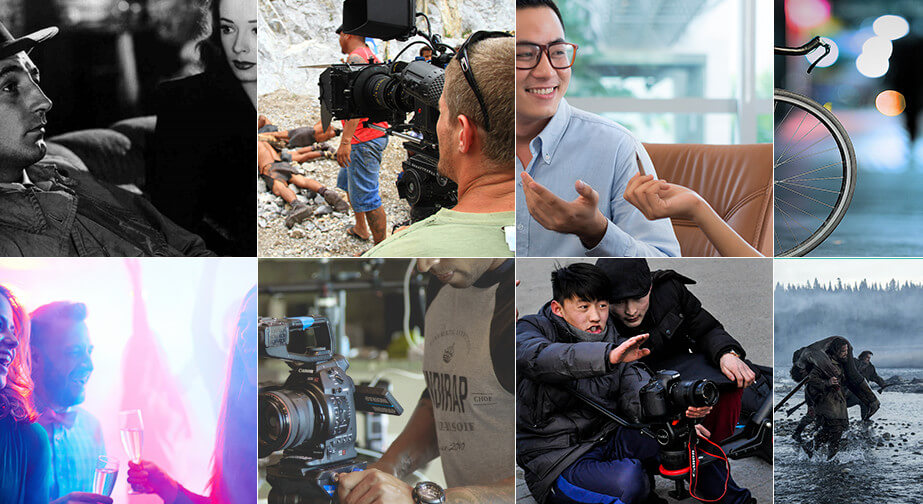 Start your project with us

Our team is made up of Hollywood producers, so we have a great knowledge about the film industry. For decades, film makers were spending most of their time trying to get one of the film financing companies to fund their projects. This almost led to some of the biggest movies like Star Wars and back to the Future not to be created. However, with the internet and crowdfunding, the general public can now become film investors. This has allowed for many more specialised movies to be created in just the past 5 years. Movie Investor’s aim is to make film investment easier by having only films on this crowd funding website.

We can also provide film makers and film investors with sound investment advice. This advice can be about what genres and topics for movies that make are best to invest, to helping film makers find actors and crew members.

Movie Investor helps protect film financiers, by allowing the filmmaker to submit the film’s budget. This allows film financiers to know where their money is being used, and why the amount of needed film financing is required. Showing what the film finances are going to be is an important step for filmmakers because more movie financiers are likely to invest in a film after knowing where the money will be spent.

Bringing film financing companies, private film investors, the public, and filmmakers together on one website, helps the whole film industry. This helps many film makers answer the question of how to get funding for a movie, and allows everyone to become movie financiers.

Film finance has changed a lot in the last five years. Today, it is not just large film financing companies that are investing in the film making process. There are now many small film investors. These film investors allow many more unique films to be made than would have been in the past. Movie Investor allows all sizes of film investors and film financing companies to connect with film makers who are looking for film funding. This allows film makers to have their dream projects receive film finance sooner. In the past, these dream productions would be put on hold until the time that the film maker had managed to save up enough to cover the film financing them. Today, film makers have the freedom to put their ideas out there and allow the public to decide if they want to fund the movie.

With Hollywood creating larger and larger movies that have huge amounts of film funding behind them, more people are looking to add film investment to their portfolio. However, with Hollywood and many films financing companies looking at larger films, it can be hard to find independent film financing and short film funding. Overall, movie financing from traditional places is becoming smaller and harder to find.

Thankfully, crowd funding websites like Movie Investor and The MovieFund have opened two new options for UK film funding. Film funding UK has always been lower compared to film finance offered in countries like the United States. The move to crowd funding and more people becoming film investors was bound to happen. Film investors pick the films that they want to see, not what Hollywood thinks people want to see. Independent film financing companies have made changes to the movie world, like the increased amount of found footage horror films. Providing film funding to the movies that you like can force larger companies to see that there is an audience for that type of movie.

What Is Film Finance?

How is Film Funding Beneficial?

Receiving film funding from traditional means like film financing companies, and banks has become more difficult in recent years. This difficulty is why film finance companies exist. Film finance companies help more films be created and released. Film investors benefit from providing film finance, as they are one of the first people to get paid after the movie’s release and it starts to make money. After the debts are paid off, the money that is earned by the movie will be split between the movie financiers and the movie’s production company. The pay for the crew and the actors will come out of the company’s income.

The money that is earned from the investment of the film finance is not the only benefit that film investors receive. The most common benefits are a private screening, and being invited to the red carpet premiere of the movie. Depending on the money, and the amount of the film investment is to the movie finance, you could negotiate or receive many other benefits from being an investor. Some of the benefits that film investors can receive include visits to the set, meetings with the actors and the crew, movie input, special promotional items, and even a background role in the movie. There are many other benefits that have been given to film investors. So, you should speak with the film maker about the bonuses that a large amount of film finance support provides you with.

However, more independent film makers are getting independent film financing using online film finance options like Movie Investor. This means that film investors can pick from the most popular genre right now, or back the type of movies that they want to see. The options are limitless, so you can pick the type of film that you think will make money or movies that you want to see on the big screens.

How Can You Become Film Investors?

What You Should Know About Film Finance?

Film investment is not a scheme to become rich in a short amount time. The most successful film investors treat their investments like any other investor would. They take the time to learn the film industry and to research all their film investment options before making any new investments. This means that most film investors are researching a movie long before the major work on the movie has started. This has led to film investors learning what movie ideas are going to work, and the concepts that they should avoid by using their gut feeling.

One of the important things to note about film investment is that it is not always going to bring you a lot of money. Like other types of investments, there are film investments that go wrong. This can be due to the movie itself not being good, the economy being in a down turn, or it has a bad release date. However, film investment is still a great option, because even if the movie is bad, people will go see the movie. There is also the chance that a really bad movie will turn into a cult hit. It is recommended that you do not stick to one genre of movie, and diversify your film investment portfolio. This will increase your chances of becoming one of the successful film investors.

What Film Makers Need To Know About Film Finance?

Getting UK film funding is not a simple task. There is a lot work needed to receive film financing. You need to get people hyped about your film, so you can reach your film finance goal. There are will be times that the film is not what film investors are looking for. However, it is very possible to get the film finance that you need to create your film. This could mean that you are working with many smaller film investors to raise the money.

Most film investors prefer to work with a person or company that has produced films in the past, even if they have been short films. This shows off your style, and that you know what you are doing. Having a short script written, or having cast members signed can also help get your film finance raised. This means that you should keep your funding pages up to date.

How to Get Funding For a Movie?

What Should You Do Before Making A Film Investment?

Before making a film investment, you should take the time to fully research the movies that you are thinking about providing film finance for. Large film financing companies have lists of filmmakers and ideas that they prefer to provide short film funding for. Independent film financing is about picking good ideas, which comes good film makers. There will be times that you are not going to know about the people behind the movie. Doing your research can help you find information about the film maker and producer.

You should read the script or synopsis before you make a film investment. Many film investors can tell how a movie is going to perform based on the script. However, this is not the only thing that film investors look at. The actors that are in a film can great effect how a film will do at the box office.

Where Does The Money From Film Finance Go?

Film finance is about paying for the cost of the movie. While budgets are used, there will be times that a movie needs more film funding than what was originally planned for. Many times, the film maker will go to film financing companies to ask for more money or will take out a loan to cover the extra cost. The money will go to writing, filming, editing, and releasing the movie.

What Do Film Investors Do?