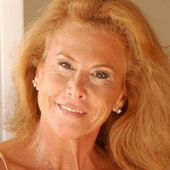 Fern Champion is a veteran casting director of numerous, wide-ranging and eclectic feature films and television series. Her professional journey began in New York casting "Saturday Night Fever". Her love of comedy then led her to cast "The Naked Gun" and the "Police Academy" films.

While casting "The Mask" starring Jim Carrey, Fern discovered super-star, Cameron Diaz. Other discoveries include such diverse talents as Mickey Rourke, Danny Glover, Kim Cattrall, Kelly Preston, and Sharon Stone, whom she cast in the epic miniseries, "War and Remembrance". To date, it remains the longest running miniseries in television history, for which she received an Artios Nomination. Fern then ventured into the action/horror genre with several "Friday the 13th" movies, "Pet Sematary", and "Mortal Kombat".

During the 90s, her focus shifted to series television, working with prolific producer, Aaron Spelling, for six years on such series as "Beverly Hills, 90210". Other hit series in her repertoire include the pilot episode of "Full House", "The Highlander" and "Babylon 5". She has also given starts to the careers of today's hottest child television stars such as Ariel Winter and Rico Rodriguez from "Modern Family" and Atticus Shaffer from "The Middle".

This past year, she finished shooting the psychological thriller, "Beyond" with Jon Voight, had the pleasure of bringing back the American classic "Tom Sawyer and Huckleberry Finn", starring Joel Courtney ("Super 8") and Jake T. Austin ("Wizards of Waverly Place"), and brought Harvey Keitel to Lifetime in an upcoming MOW.

Recently she's had the honor of being nominated for both an Emmy and Artios Award for best outstanding casting for the epic six-hour mini series the "Hatfields and McCoys" directed by Kevin Reynolds, for The History Channel. "Hatfields & McCoys" has become a phenomenon, becoming the highest rated non-syndicated cable show in television history. The cast has proven to be an extraordinary group of both legendary actors such as Kevin Costner, Bill Paxton, Tom Berenger, Mare Winningham, and Powers Boothe, along with brightest talent from the younger generation such as Jenna Malone, Lindsay Pulsipher, Matt Barr, Noel Fischer, and Boyd Holbrook. She would like to thank The Academy of Television Arts and Sciences for this Emmy Nomination.

Today, Fern is enjoying great success casting for television and feature films. She now resides in Studio City, and her proudest achievements are her sons, Sean and Spencer.