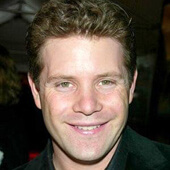 Astin was born Sean Patrick Duke on February 25, 1971 in Santa Monica, California. His mother was actress Patty Duke. At the time of his birth, his biological father was believed to be entertainer Desi Arnaz Jr., but Astin discovered through a DNA test in the 1990s that his biological father is music promoter Michael Tell, who was married to Patty Duke in 1970. Sean was raised by his stepfather, actor John Astin, who married Patty Duke in 1972 and whose surname Sean took. Sean's mother was of Irish and more distant German ancestry, and Sean's biological father is of Austrian Jewish and Polish Jewish descent.

At age nine, Sean starred with his mother in the after-school special Please Don't Hit Me, Mom (1981). Followed by Sean's feature debut The Goonies (1985) and since then, he has had a steady stream of roles. Starring in Toy Soldiers (1991), Where the Day Takes You (1991), Rudy (1993) and Harrison Bergeron (1995). He directed and co-produced the short film Kangaroo Court (1994), which was nominated in the best short film category at The 67th Annual Academy Awards (1995). Sean's adoptive father John Astin was nominated for the same award in 1969.

In 2004, Sean broke into the publishing world and authored the NY Times Best Selling release of There and Back Again a memoir of his film career (co-written with Joe Layden).

Sean attended Crossroads High School for the Arts and studied with the famous Stella Adler. He graduated with honors from UCLA; B.A. in History & B.A. in English American Literature and Culture. Sean is married to Christine Astin, his co-producer on Kangaroo Court (1994). The couple lives in Los Angeles.