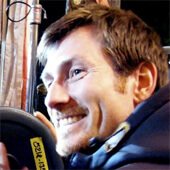 Shane shot The Street for BBC which won the 2008 BAFTA for Best Drama, 2008 RTS award for Best Drama and Special Mention at 2008 Rose d'Or.

He was nominated for Best Cinematography at the 2008 AOF Film Festival for The Rainbow Tribe.