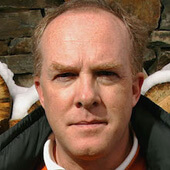 Elwes began his producing career with 1984's Oxford Blues starring Rob Lowe and Ally Sheedy and went on to make another 29 films, including Men at Work, with Emilio Estevez and Charlie Sheen, and The Chase with Sheen.

The Hollywood Reporter has said that Elwes was "involved in a virtual who's who of every great independent film of the last ten years" with films such as Thank You For Smoking, Half Nelson, and Frozen River (the last two of which garnered Oscar nominations for Ryan Gosling and Melissa Leo respectively).

"What people lose sight of", Elwes said to Screen International, "is that these films cost a tenth of the films that they competed against at the Academy Awards. The privilege was the recognition."

Elwes is an expert in the field of arranging financing and distribution for independent films having done so for 283 films during his tenure at William Morris Independent.

Since leaving William Morris Independent, Elwes has been involved in arranging financing and distribution for 23 films including Lawless, directed by John Hillcoat, The Road, starring Shia LaBeouf and Tom Hardy, and the thriller The Paperboy, directed by Lee Daniels (Precious), starring Matthew McConaughey and Zac Efron. Elwes produced the period drama The Butler, which was directed by Lee Daniels and featured an ensemble cast, including Forest Whitaker, Oprah Winfrey, John Cusack, Jane Fonda, Terrence Howard, Vanessa Redgrave, Alan Rickman, Liev Schreiber, and Robin Williams, among others.