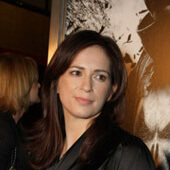 A former World Karate and Kickboxing Champion, Lexi Alexander found her calling to become a filmmaker while traveling around the world competing and teaching martial arts seminars. Born in Mannheim, Germany, Lexi dreamed of eventually moving to Hollywood and made it a point to attend every karate tournament that took place in the United States. Finally at age 19, after winning the Long Beach International Karate Championship, Lexi decided to stay in California, equipped with nothing more than two duffel bags and a pair of boxing gloves.

Pursuing her dream of becoming a filmmaker, Lexi enrolled in the renowned Joanne Baron Studio of Dramatic Arts and the Piero Dusa Acting Conservatory while simultaneously taking classes in directing, producing and writing at UCLA. To finance her education and living expenses, Lexi worked as a stunt woman specializing in martial arts, giving her the opportunity to learn about the filmmaking process from a practical side as well. Her short films, Pitcher Perfect, about the struggle of a teenage baseball prodigy, and Fool Proof, another teenage comedy, as well as several school projects, opened the door for many commercial assignments, most notably for extreme sports companies.

Lexi combined her extensive knowledge of boxing with her passion for filmmaking in her third short film, the 2003 Academy Award-nominated Johnny Flynton, the true story of a boxer who was accused of murdering his wife and convicted on circumstantial evidence, focusing on the moral ambiguities that surround all aspects of professional fighting. In the fall of 2003, Odd Lot Entertainment optioned Lexi's original screenplay, Greenstreet Hooligans, and by the spring of 2004 they were prepping the movie for production in London.

Alexander directed the 2008 film Punisher: War Zone with Ray Stevenson in the leading role. At the time of its release, the film was considered a commercial and critical failure but has since started to achieve cult status.

Alexander has directed an episode for Anthony Zuiker's BlackBoxTV YouTube channel entitled "Execution Style" and continues to focus on screenwriting her own projects.

In 2015, Alexander directed the Arrow episode "Beyond Redemption". The following year, she directed the Supergirl episode "Truth, Justice and the American Way" and the Limitless episode "A Dog's Breakfast".

Awards: Nominated for 1 Oscar. Another 3 wins