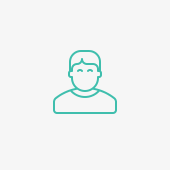 James Shepard has been writing for film for 25 years. He has written or collaborated on over 25 separate independent film projects. He consistently places in the top 10 percentile in noted competitions such as the Academy of Motion Picture Arts and Sciences' Gee Nicholl Fellowships and the Austin Screenplay Competition.

He is a published author and has been favorably reviewed. The Washington Times Magazine describes his work as "...surprisingly compelling reading," and Videomaker Magazine, where he won Grand Prize in the 1997 Videomaker/Panasonic Video Competition, said "...Shepard truly has a cinematic flair".

James was a 2003 nominee for a Crystal Reel award for screenwriting by the Florida Motion Picture and Television Association.

Known For: Lost in Time | To Kill For