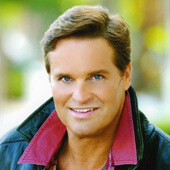 George Dawe is originally from Topsfield, Massachusetts. One of four brothers, he migrated to Southern, California after Graduating from DePauw University in Greencastle, IN where he first studied acting and singing, played football and ran track. He later graduated from Thomas Jefferson School of Law and then studied Stanislavski "Method Acting" at New Village Arts School of Acting in Carlsbad, CA.

His love for acting has remained with him his entire life coming to the forefront in the past few years. He has been a member of the Screen Actor's Guild for 11 years. He has also appeared in countless television commercials, one of which won a Southern California Regional Emmy Award. He performs most of his own stunts, having trained in stunt performance along the way. He has also appeared in several San Diego theatrical productions including "High School Musical" at the Starlight Theatre during the summer of '09.

George is trained in stunts, firearms, martial arts, fencing....and singing! He is also a licensed pilot.