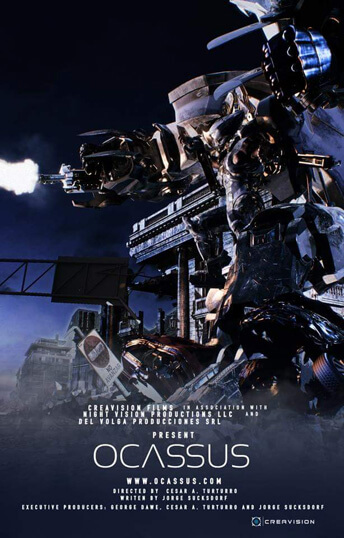 Earth has been conquered by an alien race of GIANTS. Max Pastier fly's the only weapon that can destroy them. He is linked to a transforming robot/aircraft known as "mecha". Built with the secrets recorded by Earth's ancient civilizations, rediscovered by Nicholai Tesla, only one person can operate it...Earth's last great hope...Max Pastier... But Max was thought lost in the great war. In this… See Full Story

Earth has been conquered by an alien race of GIANTS. Max Pastier flys the only weapon that can destroy them. He is linked to a transforming robot/aircraft known as "mecha". Built with the secrets recorded by Earth's ancient civilizations, rediscovered by Nicholai Tesla, only one person can operate it… Earth's last great hope… Max Pastier…

But Max was thought lost in the great war. In this post-apocalyptic world, mankind is about to become extinct while world awaits for the return of its savior.

Max returns to Earth… 25 years after he disappears. He finds a world in ruins… and his Daughter… now a young woman, Commander Maia Pastier.

Our story begins when Dr. Walstein discovers a link between the stories contained in the many extinct civilization’s ancient artifacts, scrolls and hieroglyphics that each independently references… GIANTS!

But Dr. Walstien is not alone in this discovery. A billionaire, Pedro Preer, has also discovered the artifacts secrets which led him to build a giant transforming robot from the ancient plans. His efforts lead him to discover the need for a “special” power source.

Meanwhile, after a tragic automobile accident in which he believes both his wife and daughter are killed, Max Pastier, an Air Force pilot, is himself tested while flying a mission in his F-35. Without explanation the aircraft goes into an uncontrollable spin. But some how… Max survives.

After his accident, we see that Max ends up wandering the streets in the City of Puerto Madryn. “Coincidentally”, this is the same place where Dr. Walstein is now working.

While conversing in the streets in a “chance” meeting with Max,in which both Walstien and Max are attacked, Dr. Walstien notices Max’s incredible reflexes, power and speed. Dr. Walstein gets a hunch that Max might be the one person who could fly the prototype Mecha that Walstien was now developing for Pedro Preer. But Max refuses the Dr’s invitation.

Upon hearing the Dr’s story, Pedro Preer manages to find Max’s daughter who is still alive living in an orphanage. This time, with Daughter in tow, Preer located Max and reunites them. In gratitude, and realizing he now has his daughter to take care of, Max accepts Peer’s job offer to work with Dr. Walstien. During the trial phases of the aircrafts development Dr. Walstien and Max develop a close friendship.

Dr. Walstien explains to Max his discovery in combining 6 ancient manuscripts together to create a holographic projection revealing Tesla’s theory regarding “Virtual Energy” was correct. Testing revealed that Max’s virtual energy readings were off the charts which Weinstein theorized would allow Max to properly operate the prototype mecha.

At last the prototype mecha was ready for testing. But when Max started the mecha up, Peers men ordered him out of the craft at gunpoint.

Shortly thereafter explosions could be see and GIANTS filled the sky. An explosion takes out Peer’s guards and Max climbs aboard the Mecha and takes off. he locates there Giants and begins to defend the planet, But there are just to many for Max to defeat. Dr. Walstien radio’s coordinates where Max should dispose of the three Giants that attacked him. The coordinates are located in deep space.

Max heads to the coordinates with three Giants in tow… its the mouth of a wormhole. He uses the last of his “virtual energy” to escape the wormholes grasp, but succumbs and is frozen in space.

Twenty-Five years later Max passes near a distant star and is unfrozen. His vital energy restored through rest roars the prototype Mecha back to life. He receives a radio message… its Dr. Walstien… older and ragged now… he gives Max the coordinates to come home! But 25 years have passed. The world is in ruins. Giants rule the planet. Only a small group of Resistance bands have kept the human race alive and one of the is commanded by Max’s now 26 year old daughter… Mai Pastier.

When Max returns to the coordinates provided by Dr. Walstien, he unknowingly comes into contact with his daughter’ Maia’s squadron fighting battling several Giants. He roars into combat as if it was yesterday… because for him it is! He helps defeat the Giant’s but Maia and her squadron remain skeptical of his intentions.

Max follows Maia’s squadron back to... 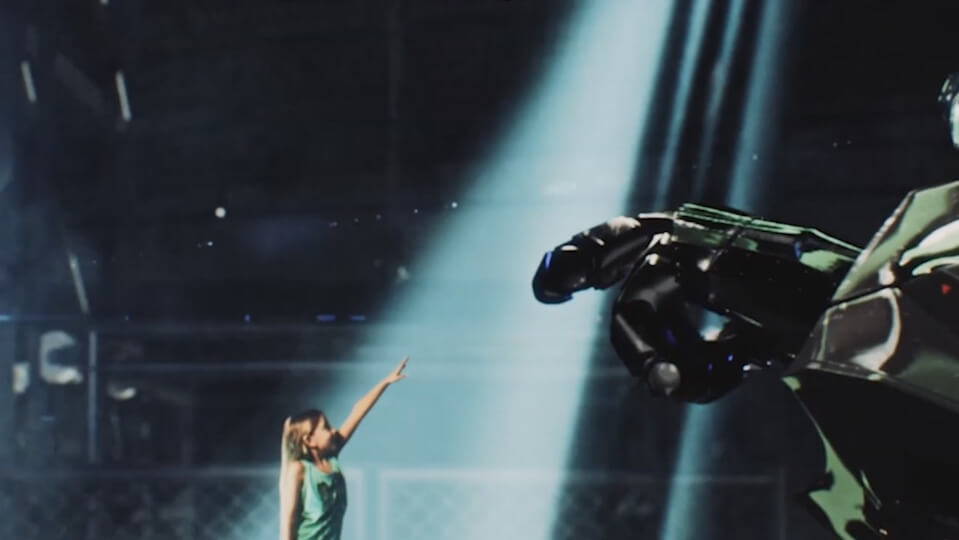 This is a Science Fiction Movie being filmed in multiple world-wide locations with principal photography shoots in Argentina, Mexico and in the United States.

This movie will utilize English and Spanish with subtitles when appropriate. Some portion of the movie will utilize narration to tell the story, narration that will be in the language of the country in which it is distributed. Ocassus is a science fiction movie, a category that consistently makes money. The cost is kept modest by utilizing up and coming actors and emphasizing the proprietary, patented “Mecha” visualized through quality VFX.

All production entities and their producing partners will utilize their resources and production contacts to create a high quality, Science Fiction movie feature approximately110 minutes in length. (1 hour and 50 minutes) for a budget of $2,830,300.00 US dollars. The producers have access to the talent, state of the art equipment, locations, production resources, crew and production facilities at a reduced cost. But for the Producers’ efforts, this film would cost tens of millions more to make. But we present a new concept in a quality low budget film that has a mega million dollar budget feel!

The goal is to deliver a thrilling, action packed movie that will keep the audience riveted to its seats and become a favorite of movie goers everywhere! It will appeal to the ever-important multi age group movie goer and (eventually) the television audience, as Sci-Fi films appeal to both the male and female audiences across the globe, the perfect date night movie. A timeless, money making theme where the audience finds themselves in the fight against an alien invasion.

Given the success of other Sci-Fi movies and TV Shows, this movie show is tailored to show a quality SciFi adventure thriller created from a very modest low budget.yet it will look every bit as “Big” as its more expensive cousins from Star Wars and Star Trek!…

It should also be noted that the producers intend to secure investment and return primarily through Distribution Pre-sales, (Completed), Theatrical Distribution, Digital Downloads such as “In Demand”, “NetFlicks”, and “Amazon” as well as worldwide distribution utilizing our “language friendly” Narration plan.

Credit: Investments in excess of $1,000,000.00 (US Dollars) will receive an on-screen Associate Producer Credit.

It should be noted that all designs have been patented. This gives a proprietary interest to develop a successful marketable toy line should the movie be finished and successful.