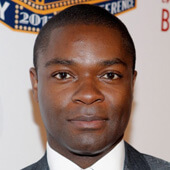 Oyelowo is best known for playing MI5 officer Danny Hunter in the British TV drama series Spooks (known in North America as MI-5) from 2002 to 2004. He had before that appeared in Tomorrow La Scala (2002), Maisie Raine (1998) and Brothers and Sisters (1998). Soon after the end of his time on Spooks Oyelowo made a cameo appearance in the 2005 Christmas special of As Time Goes By. In 2006 he appeared in the TV film Born Equal alongside Nikki Amuka-Bird as a couple fleeing persecution in Nigeria – they also both appeared in Shoot the Messenger (2006), and in The No. 1 Ladies' Detective Agency (2008) as a husband and wife. Other cameos have included Mayo (guest-starring on 30 April 2006) and the TV film Sweet Nothing in My Ear (2008, as defence attorney Leonard Grisham), while he has played recurring or main characters in Five Days (2007) and The Passion (2008, as Joseph of Arimathea).

In December 2009 he played the leading role of Gilbert in the BBC TV adaptation of Andrea Levy's novel Small Island. In March 2010 he played the part of Keme Tobodo in the BBC's drama series Blood and Oil.

In 2012, Oyelowo appeared in Middle of Nowhere. Writer-director Ava DuVernay had been a fan of his work and had considered asking him to take the role, however before she could Oyelowo received the script coincidentally from a friend of DuVernay's who happened to be sitting next to him on the plane and was considering investing in the project. The film premiered at the 2012 Sundance Film Festival to critical raves. That same year Oyelowo appeared in Lee Daniels' The Paperboy, which competed for the Palme d'Or at the 2012 Cannes Film Festival. Oyelowo also stars in Five Nights in Maine, which was directed by Maris Curran.

Oyelowo reunited with Daniels the following year in The Butler.

In 2014, he reunited with his Middle of Nowhere director Ava DuVernay for Selma, playing civil rights activist Martin Luther King, Jr. The film, based on the 1965 Selma to Montgomery voting rights marches, had originally been set to be directed by Lee Daniels, but the project was dropped by Daniels so he could focus on The Butler.

Oyelowo is also slated to star with Lupita Nyong'o in Americanah, a film to be adapted from the Chimamanda Ngozi Adichie novel. The story follows a pair of young Nigerian immigrants who face a lifetime of struggle while their relationship endures.