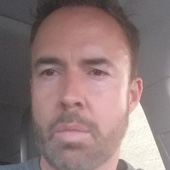 After graduating from Evergreen State College with a degree in Film, Jay began working in TV animation for DIC Entertainment.

Several of his feature screenplays including “BREATHE”, “NIGHT MURMURS”, “GARDEN OF MEPHISTO” and “DOG LAND” have been finalists in the prestigious Nicholl Screenwriting Fellowships, Austin Film Festival, Page, Zoetrope and International Screenwriting Awards.

He is also developing a big budget action/comedy “DEMIGOD”, and an epic drama about India, “KARMA”, along with executive producing the comedy reality series “TOUGH GUY” which follows a former Mafia enforcer in his quest for assimilating himself back into legitimate society. He is also the executive producer of the TV series, “G2G DALLAS” and “COUNTRY DOC”.