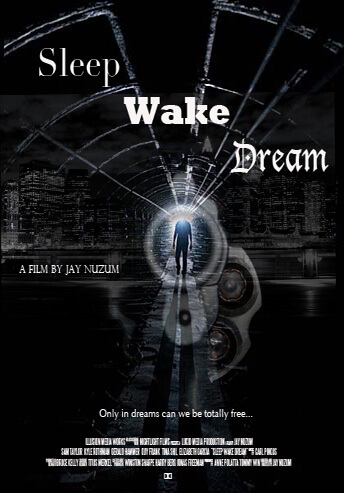 SLEEP WAKE DREAM is an independent dark comedy film in the tradition of Pulp Fiction, Inception and Memento about a quiet, nebbish man who has a rare condition that makes it so he has never dreamed before. When he finally finds a natural cure for this condition, it opens up a whole new world for him -- a place where he is finally free, finds identity and purpose, and ultimately love -- in his… See Full Story

Joel is a kindly, family man feeling the affects of middle-age creeping up, who volunteers his time to help elderly hospice patients and troubled youths.

But something is missing in his life. His wife nags him and his teenage kids don't respect him and he can only quietly take the abuse. Joel doesn't really know who he is or what he is supposed to be doing with his life. Joel is seeking answers. He feels trapped in a suburban, air-conditioned nightmare.

One day he purchases a Chinese salt lamp that guarantees, “peaceful sleep and vivid dreams”. At first it appears to have no affect. But then it opens a whole new world for Joel -- his dream world, where the once conservative, reserved, kind-hearted, nebbish family man, becomes the bad ass killer who can do anything he wants, consequence-free, because this is a fantasy world of his own creation and isn't real… or is it?

In his dreams, Joel begins seeing Chinese symbols which he discovers are prophesies from the I Ching, that come true in his waking life. These prophesies grow more and more deadly as Joel becomes involved with one of his students, ANNA, a young woman married to an influential corporate CEO, MR. GLASS, whom Anna has had a recent falling out. Joel becomes her protector as Mr. Glass wants to silence Anna for knowing too much about a secret classified government project his company is developing that could have global consequences.

Quickly the dream world crosses over into reality and it becomes impossible for Joel to decipher between truth and pure fantasy.

SLEEP WAKE DREAM is one man's darkly comedic search for meaning, identity and freedom, which he comes to realize, can only be found in his dreams. 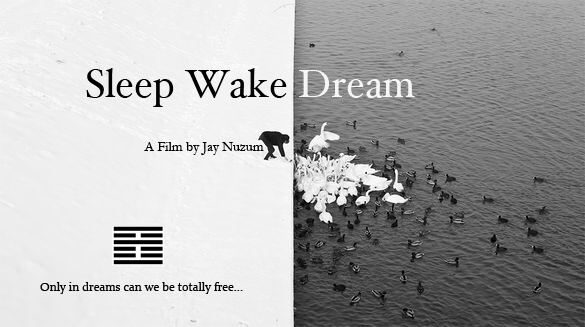 Our strategy is simple, we already have distributors from LIONS GATE and FOX and other companies we have worked with in the past excited about our concept. We would also like to take this film to festivals to generate buzz and some good reviews to put on the cover art. Also, with our background in national cable air time, we would like to submit this title to On Demand broken up in 10 minute segments. the venues for screening SLEEP WAKE DREAM are numerous and we haven’t even discussed foreign sales yet which accounts for a large percentage of total revenue.

The key to any successful low budget independent film is to minimize above the line expenses while maximizing on screen production value. In this business model keeping costs under control is essential. Ensuring that a project is “in the can” for the right cost can help ensure a lucrative post-production distribution deal. Delivering the project on time, below the budget is a must.

Typical high-end HD camcorders have 2.1M pixel sensors and record with 3:1:1 color sub-sampled video at up to 30fps. Arriflex Alexa offers a Super 35mm cine sized sensor, which provides 4K (up to 30 fps) capture, and all this with wide dynamic range and color space. At 4K, that’s more than 5 times the amount of information available every second and a vastly superior recording quality. In addition, you get the same breathtaking Depth of Field and selective focus as found in film cameras using equivalent 35mm P/L mount lenses.