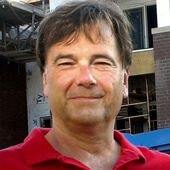 Born and raised in Chicago, Roy Schmitz is a uniquely talented screenwriter, who graduated from the University of Illinois at Urbana-Champaign with a degree in Psychology. After receiving many lucrative job offers as a psychologist, he instead embarked on an extensive tour of the Pacific Coast, living and working in Anchorage, Banff, Seattle, and San Diego. He later returned to Chicago and received a Master Brewer’s Certificate from the Siebel Institute of Technology.

While brewing beer and tending bar, Schmitz spent much of his spare time writing novels, but before long, he dove into the entertainment field and began writing feature film scripts and television pilots, specializing in stories that mix action, myth, and humor. Schmitz is a writer/producer of Vikings of the Pacific, a time traveling Karate Kid-like adventure where an awkward teen is on a Hawaiian family vacation when magical circumstances send him back in time. Schmitz has maintained his interest in psychology, driven to understand what turned out to be his own bout with undiagnosed autism.

As he continued to grow as a writer from his in-depth studies of human behavior, Schmitz was influenced by literary legends like Joseph Chilton Pearce, Ken Wilber and Stephen Jay Gould. His screenwriting technique combines the snap and sizzle of Elmore Leonard, the depth and scientific grasp of Michael Crichton, and love of mythology and cultural history of Joseph Campbell. Schmitz currently resides in Wisconsin, and is working a non-fiction book entitled, Letters To My Son: An Asperger’s Survival Guide for the NT Jungle, about an Asperger’s Syndrome father and his Asperger’s Syndrome son attending Harvard.