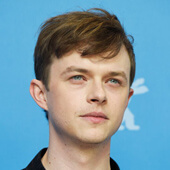 DeHaan got his start on stage as understudy for Haley Joel Osment in the short-lived Broadway revival of American Buffalo. In 2008, he made his television debut, guest-appearing on an episode of Law & Order Special Victims Unit, and his 2010 feature film debut in John Sayles' Amigo. He played Jesse in the third season of In Treatment and played Timbo in the fourth season of True Blood.

In 2012, DeHaan starred in the camcorder drama film Chronicle, and as Cricket in Lawless. In 2013, he played Lucien Carr in Kill Your Darlings, a role for which he has received critical acclaim. He was the cover star of Hero (magazine) issue 10, shot by Hedi Slimane and published in October 2013. In 2014, Annie Leibovitz photographed DeHaan for a Prada clothing "men’s spring advertising campaign". Also that year, he played Harry Osborn, in The Amazing Spider-Man 2 and Zach Orfman in Life After Beth.

In 2015, DeHaan is set to appear in the 17th-century romance Tulip Fever, and as James Dean in the drama Life.

Also in 2015, DeHaan was set to portray Karl Rove in the comedy Young Americans, reuniting him with Kill Your Darlings co-star and director Daniel Radcliffe and John Krokidas, respectively, but did not go along because of scheduling and was recast.

DeHaan will also appear in the independent drama film Two Lovers and a Bear as Roman with Tatiana Maslany as Lucy. The film is set in a small town near the North Pole where roads lead to nowhere, the story follows Roman and Lucy, two burning souls who come together to make a leap for life and inner peace.

On May 12, 2015, Luc Besson announced on Twitter that DeHaan will star in his science fiction film Valerian and the City of a Thousand Planets with Cara Delevingne. The film is scheduled for a 2017 release.