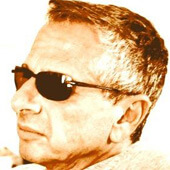 Scott Ross (born November 20, 1951) is an American digital media executive with a career spanning three decades. In the 1980s he led George Lucas' companies and in 1993 he founded, along with James Cameron and Stan Winston, Digital Domain, Inc., one of the largest digital production studios in the motion picture and advertising industries.

Under Ross' direction, from 1993-2006, Digital Domain garnered two Academy Awards and three nominations, receiving its first Oscar in 1997 for the ground-breaking visual effects in Titanic. That was followed by a second Oscar for What Dreams May Come. Digital Domain received additional nominations for True Lies, Apollo 13 and I, Robot and won three Scientific and Technical Academy Awards for its proprietary software.

A native of New York City, Ross began his career in Media Studies at Hofstra University where he graduated with a BS in Communication Arts in 1974. He returned to Hofstra in June 1997 to receive an honorary doctorate degree from his alma mater. Ross is a member of the Academy of Motion Picture Arts and Sciences (OSCARS) and the Academy of Television Arts and Sciences (EMMYS). He has worked on over 100 of the world's largest special effects films and has lectured extensively about the creative process, content and technology in over 30 countries around the world.