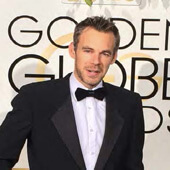 One of the creative directors and co-founders of the business is MTV film director and visionary producer Tim Burke who has a number of ties with Hollywood having worked at MTV Europe where he personally directed and produced interviews and events with a host of Celebrities at Film Festivals, Film Premieres and showbiz events.

He works on a daily basis with Michael Levy (‘Die Hard 2’, ‘Lara Croft’, ‘The Last Boy Scout’, ‘K-pax’, ‘Predator’) and other leading producers such as Tommy Ardolino & George Parra (American Hustle, Silver Linings Playbook, Nebraska, The Descendants) and Alan Walsh & Jim Sheridan a six-time Academy Award nominee best known for his films ‘My Left Foot’, ‘In the Name of the Father’ and ‘In America’ amongst others whose Movies are signed under NDA.