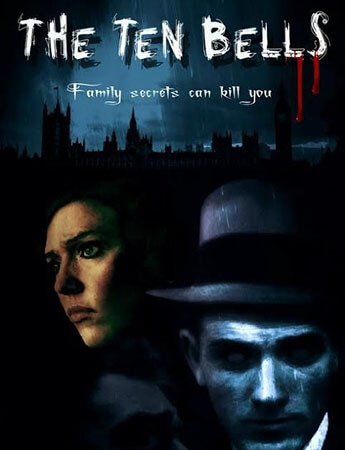 The film begins in 1888 London. A young hardworking doctor, Jonathan Barrett, has just had his heart ripped to pieces by his beautiful young fiancee, Ellen White, now pregnant by him, but off to marry another man, Sebastian Kendall. This news triggers a psychotic snap in Jonathan. Meanwhile, Ellen keeps her pregnancy a secret from Sebastian, and ultimately leads him to believe the child is his… See Full Story

The film begins in 1888 London. A young hardworking doctor, Jonathan Barrett, has just had his heart ripped to pieces by his beautiful young lover, Ellen White, now pregnant by him, but off to marry another man, Sebastian Kendall. This news triggers a psychotic snap in Jonathan, and a bitter, vengeful killing spree ensues in the streets of London. Due to the treacherous mutilation of his victims, the killer is soon referred to in the newspapers as The Ripper. Meanwhile, Ellen keeps her pregnancy a secret from Sebastian until after their wedding, and ultimately leads him to believe the child is his own. The child is soon born, and Ellen names him Jack, secretly honoring his true biological father, Jonathan.

Many years later on Halloween, Jack's daughter, Eve Kendall (now a beautiful elderly woman), hosts a tea party at her charming Connecticut home. She tells her story of a terrifying experience she once had to five teenage girls, who are dolled up in late 19th Century dresses for the elaborate occasion. The five girls are enraptured as Eve unfolds her chilling tale.

Eve's story begins and our film resumes in 1923 near Greenwich, Connecticut, where Jack Kendall, now 35, runs an antique shop and lives with his wife, Rose, and their only child, Eve. One day, Jack encounters two strangers who have come over from England - Alistair Kimball, a peculiar and rugged character, who imposes upon Jack and his family, and Inspector Collins, who has come investigating a case involving Jack and his ailing father's estate in Bristol. When Jack learns that his family fortune is at stake, he decides to take his family and his best friend, Peter, an amateur inventor, back to Bristol, England to pay a visit to his father, Sebastian, and to get away for the holidays. While staying at Sebastian's mansion in the lush English countryside, Jack and Sebastian inevitably get into a heated confrontation over their fractured relationship, and Jack angrily cuts the visit short by taking his family and Peter into London to stay at the Claridge Hotel for the remainder of their trip. The lavish hotel, though, proves to be no sanctuary for Eve, as she observes a bloody murder scene in the street, and begins to suspect that her father, who has been out of sorts since they left Connecticut, might be the killer. Amidst the chaos and screams of terror, Eve finds herself running for her life through the dark night streets of London, until she is approached by a fisherman on the docks. Scared and shivering, Eve is frightened by the fisherman, but suddenly Jack appears, takes a large knife from the man's raincoat, and stabs him with it. Back at the hotel, Rose escorts her shaken daughter, Eve, back to their room, while Inspector Collins investigates the murder scene and questions Jack in the lobby. After a brief interrogation, Jack is presumed innocent by Inspector Collins, and they bid farewell to each other in the hotel lobby.

We return to Eve's house many years later, as she finishes her chilling Halloween story for the five teenage girls. The doorbell chimes ten times, and Eve goes to answer it. She returns to the dining room with her grandson, Jonathan, a sheepish boy, and introduces him to the five teenage girls. Eve goes upstairs to take a nap. When she lies down on her bed, the surroundings mysteriously change, as she finds herself back at the Claridge Hotel on that haunting 1923 night in London. Eve never left her bed that night. She awoke to a crashing thunder, and the dark shadowy image of a man, revealed to us by lightning flashes as Alistair, standing over her with a bloody fisherman's knife. He proceeds to kill her with it. But Jack comes up from behind Alistair, and avenges his daughter's murder by running a knife across his throat. Jack then leers out the hotel window into the blackness of night and reflects on his murderous spree, confirming that he is the son of The Ripper. Eve awakes from her nightmarish nap, and realizes she has lived her life out as a ghost among the living. Meanwhile in the dining room, the five teenage girls are flirting with young Jonathan, as they enjoy their desserts. Jonathan's eyes shift over to a large, shiny cake knife sitting on the table. He grabs it.

The spirit of The Ripper lives on.

The Shining meets The Others. Exciting new take on the "Jack the Ripper" legend in a "Merchant/Ivory" setting. Period piece with blood.