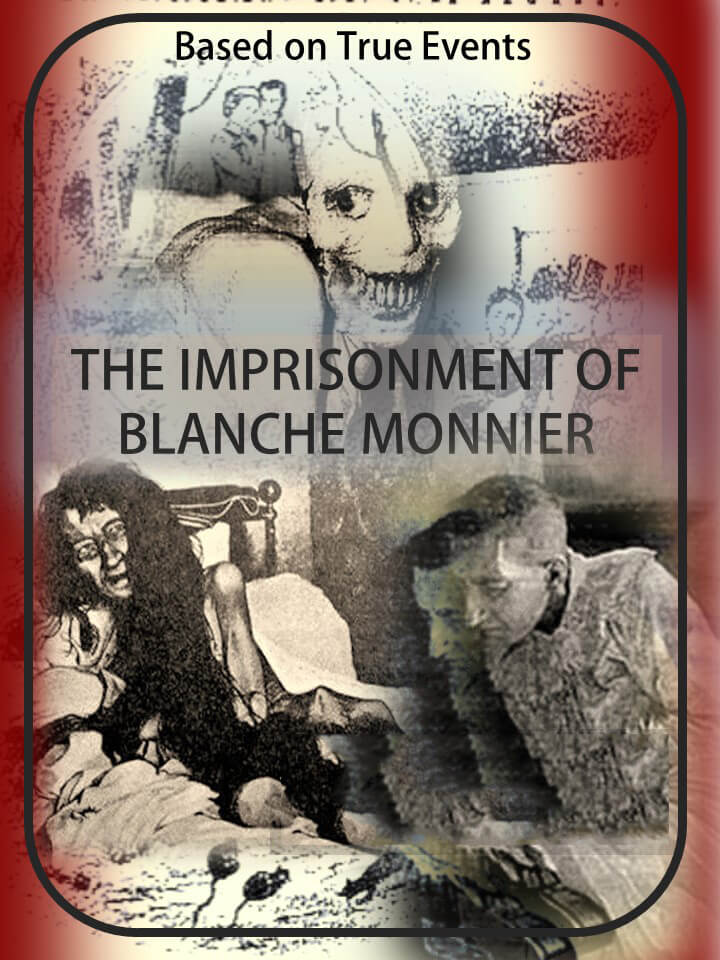 The Imprisonment of Blance Monnier

Blanche Monnier, a shy young girl, born into Paris Society, marries a man her mother dislikes. Blanche is prohibited from seeing him, locked up in the basement of their estate for 28 years as she goes insane. "Sabrina" meets "Hush..Hush, Sweet Charlotte". See Full Story

Blanche Monnier, a shy young girl, born into Paris Society, marries a man her mother dislikes. Blanche is prohibited from seeing him, locked up in the basement of their estate for 28 years as she goes insane. "Sabrina" meets "Hush..Hush, Sweet Charlotte".

Blanche Monnier was born into a wealthy family and grew up to be part of Paris High Society. She was a most Beautiful young girl, though somewhat quietly shy, she laugh with joy and was always warm and kind to others. After graduating from the École Nationale Supérieure des Beaux-arts where she studied the Classics and the Art, she met a handsome young man who had just graduated from Law school and was setting up his practice with a prestige’s Law Firm in Paris. Their young love was the talk of High Society in Paris; however it was also the gossip on everyone’s lips. Pierre, Blanche’s young man, was also considered a Bon Vivant with many loves throughout Paris and his relationship with Blanche Monnier was only a way to get at her family’s wealth.

When Madame Monnier learned of her daughter’s relationship with the young lawyer she quickly stepped in and forbid her daughter from ever seeing him again. Given Blanches independence, she convinced Pierre that they should elope as Mother would never allow a Marriage… and so they did.

When Madame Monnier learned of this arrangement she became furious and prevented Blenche from leaving the house and when Pierre arrived at the house desperate to see Blanche, knocking on the door and then slamming his fist on the door until his fist was covered in his blood.

Blanche was desperate to escape and she made several attempts but was always stopped by her brother or one of the servants of the house. Blanche became hysterical longing for her love weeping all day and night, refusing to eat or drink. As time went on, blanch began to plan her death and at one point she slit her wrist and was discovered by the maid, near death was she, the maid told Madame Monnier who contacted the family doctor who rushed to the estate, treated Blanche and whispered to Madam… ”I feel your daughter is losing her mind, take care…”

Madam decided to lock Blanche in the basement and so she did, leaving Blanche locked up for 28 years, never to see the light of day and most of the time to survive on her own fesses. Blanche’s husband made many efforts to find his wife and did indeed break into the estate only to be captured, beaten and thrown out by Madams henchman. Over the years Madams health began to fail and so her son, fearful that she would die and he would be held responsible for locking up his sister up for 28 years, he got in touch with some friends and they arrived to come face to face with Blanche. By this time, Blanche was completely insane, living off her fesses, rat’s cawing all over her, biting her, sleeping on and with her. Blanche a pretty young girl was now skeletal, her bones covered by a thin layer of rotting flesh… and so the story goes.