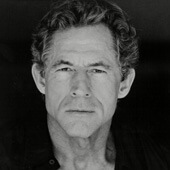 Followed by Robin Wagner/Gene Frankel production of “Orpheus” In “The Royal Hunt of the Sun”, the Critics said: “STUNNING is the word for William Burns Atahuallpa...whose strikingly powerful stage presence is SPELLBINDING, this man moves like an animal..” Next, Bill worked with one of Americas great playwrights, Tennessee Williams, in “Camino Real,” at the Williamstown Playhouse, where he received standing ovations, night after night, was proclaimed, “The Definitive Kilroy” by Tennessee Williams. The New York Times agreed with the playwright, the production was filmed, and placed in the National Archives at Lincoln Centre, New York City, as the definitive work of Tennessee Williams. This is one of the highest honor’s that can be awarded a playwright, is a lasting tribute to his play, cast, also to William, who receive high praise for his sensitive and explosive portrayal of Kilroy.

William spent some time on staff at Princeton University where he taught in the Humanities Program, and was a “Guest Artiest” performing the role of Vershinin in “The Three Sisters”. In LA, William was in the highly acclaimed production of “Are you Now or have you Ever Been” directed by William Devane, revival of “One Flew over the Cuckoo’s Nest” and “King Lear”. William’s portrayal of the Earl of Gloucester received high praise for his vitality, warrior like presents, as well as his volcanic explosions of emotional anguish.

In 2009 William wrote a screenplay “A Hero of Our Time” which is an epic, romantic, visual Feast, based on the novel by Mikhail Lermontov.

His slate consists of action packed, romantic adventure epics. "Johannes" romantic comedy based on a true story of one of the world’s great Bon Vivant. "Summertime on Gull Lake", original story of War and Unrequited love and the freedom of independence. "A Hero of Our Time" based on the Great Russian novel by Mikhail Lermontov, 300 million copies sold worldwide. "Chiem" 16 year old Vietnamese girl trapped in a world of high fashion and espionage. "Age of Innocence" 1950-1960. Small town USA. Story of first love, when all things seemed real, before President Kennedy, Martin Luther King and Robert Kennedy assignation. Before the Beetles and the Vietnam War… William was also co producer for “The Master and Margarita” novel by Mikhail Bulgakov, with John Cusack.