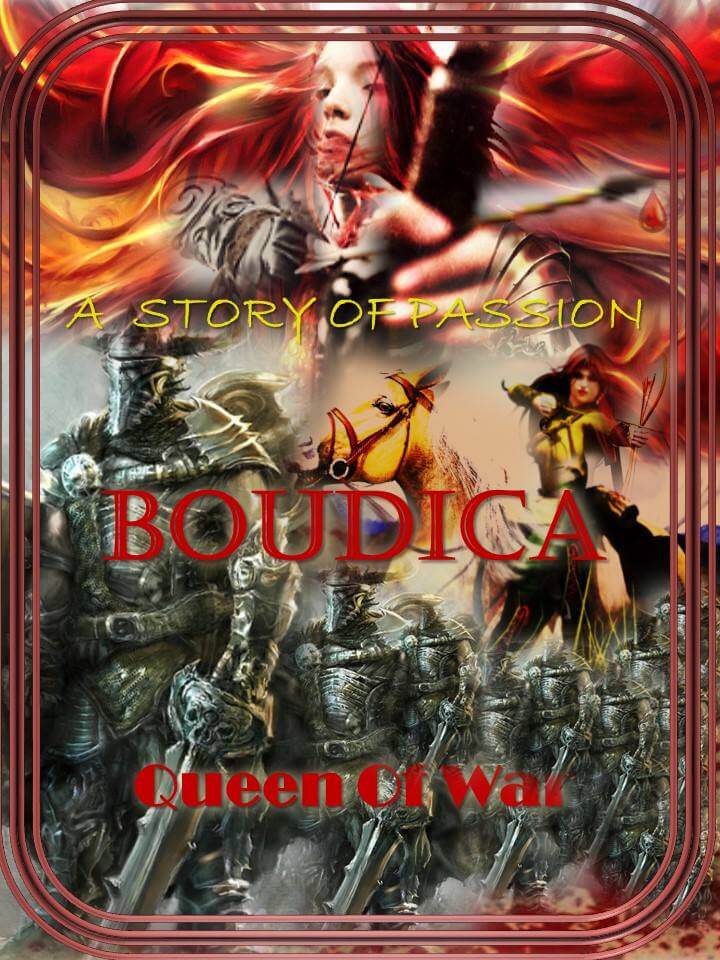 AD 60 - Boudica is a story of passion, battle and death. After Boudicas two young girls are beaten and raped by Roman soldiers; Boudica begins to develop her army of a hundred thousand warriors; in addition she hand picket a female legion of warriors to be her personal guard. Each trained in the art of the kill, with a specialty in the use of the dagger and sword. Her legion of warriors are… See Full Story

AD 60 - Boudica, Queen of War, attacks Nero’s forces, killing over 80,000 Roman warriors, as payback for raping and beating her two young daughters. Boudica is a story of passion, battle and death. "300" meets "Salt".

"Boudica" is a story of passion, which begins in the year AD 60, when the Celtic King Prasutagus, ally of Rome, succumbed to a debilitating ailment, and his wife, Boudica, the queen, comes into power.

With that statement the Romans laughed, beat Boudica and her two daughters, and strung them up on planks, the two daughters each on a plank facing Boudica. What follows is the most horrific rape of two young girls by a legion of Romans, ripping them apart and leaving them for dead.

In the early hours of the following day, the Romans sleeping, Boudica managed to release herself from the ropes, untie her unconscious daughters and disappears into the countryside, caring each girl in her arms.

After the Roman Assault Boudica began to build her army for a battle of revenge, and build it she did…over 100 thousand warriors from neighboring Celtic tribes. All trained in arms and battle with the spirit of winning or death. Boudica hand picket legion of 5,000 warriors to be her persona guard, 5,000 female warriors. Each trained in hand to hand combat, each trained in the use of the sword, dagger, spear, sledge hammer, hook and ball; makes each warrior and expert in the arms of battle. The warriors were mighty, strong, and fearless, and they take an oath to protect Boudica with their lives, and to fight to the death in combat. To achieve this standing, the final task of the warrior is to fight another female warrior…to the end. The survivor joins Boudica, the looser is celebrated as she is burned, her ashes planted in the gardens; the fruits of which will be eaten by each adversary to give them double strength.

It’s been said that Boudicas guards, though not beautiful, had a beauty and erotica that far surpassed any known to man, woman or child. They make love viciously, with extreme ecstasy, so much so that the partner’s skull might be crushed out of passion. The warriors are not your usual Hollywood warriors but women of grit, scared beauty, and strength that equals the strongest Roman Soldier. Though scared, burnt, beaten, humiliated and torn their shines a Beauty never known to man. They are the Masters of Death, the Masters of Love, the Masters of Erotica and the Masters of their Souls. As word reach the Romans that Boudica and her army were approaching, the Romans laughed at this, but soon changed their hearts into fear, after Boudica attacked the Roman cities of Camulodunum, Londinium and Verulamium, killing over 80,000 Roman warriors.

After each battle WON, more Celtic tribes joined Boudica and this led to the battle of Watling Street in which the Romans engaged their elite forces to do battle with Boudica. Her forces are overpowered, outnumbered so Boudica, her two daughters and her 5,000 warriors, charged the entire Roman force, and at an early point in the battle they consumed a poison, consume a vile of poison, which the carry with them at all times, and depriving the Romans of torture, rape and mutilation … It has been said that even after the battle, Roman soldiers wandered through the field of death, intent on raping one of the dead or near dead female warriors.

As the story goes, whenever they made an attempt of rape on the dead, they themselves faltered and died before completing the act…some were found with daggers between their eyes, others with their heads cut off and still others had their private parts mutilated. It is also said that Boudicas dead warriors would rise, came alive and dance nude in the battle field, alluring even more Roman Warriors into the pit of Hell, and once there temptation gets the best of them, Boudicas warriors would converge on the Roman soldiers and devoured them, leaving only the smallest part of the Roman for the dogs, so the story goes.